Evolution got popularized through the works of Charles Darwin and Gregor Mendel. Charles Darwin theory states that all species arise and develop through a natural selection of small, inherited variation that increases the ability to survive and reproduce. Gregor Mendel theory states the fundamental law of inheritance. He says that genes came in a pair and inherited one from each parent. Darwin, on the other hand, mapped out evolution on a grand scale. He spoke about how new species formed from old species, how different varieties of species came about, and how older species grew to become extinct.

However, evolution is a long and gradual process. Bottleneck evolution is the concept that there are rapid spurts of mutation and alteration in between long periods of stagnation. It is expected that this how development is generally thought to occur amongst most species. Currently, it appears that human beings as a species have hit that evolutionary plateau and are waiting for the next moment of bottleneck evolution.
However, now the next question is, will the next generation will exist. If yes then what will be the result? What will humans end up being?

Here are a few likely ways in which humanity might evolve :

10. Gradual Progress Towards a Bottleneck Event 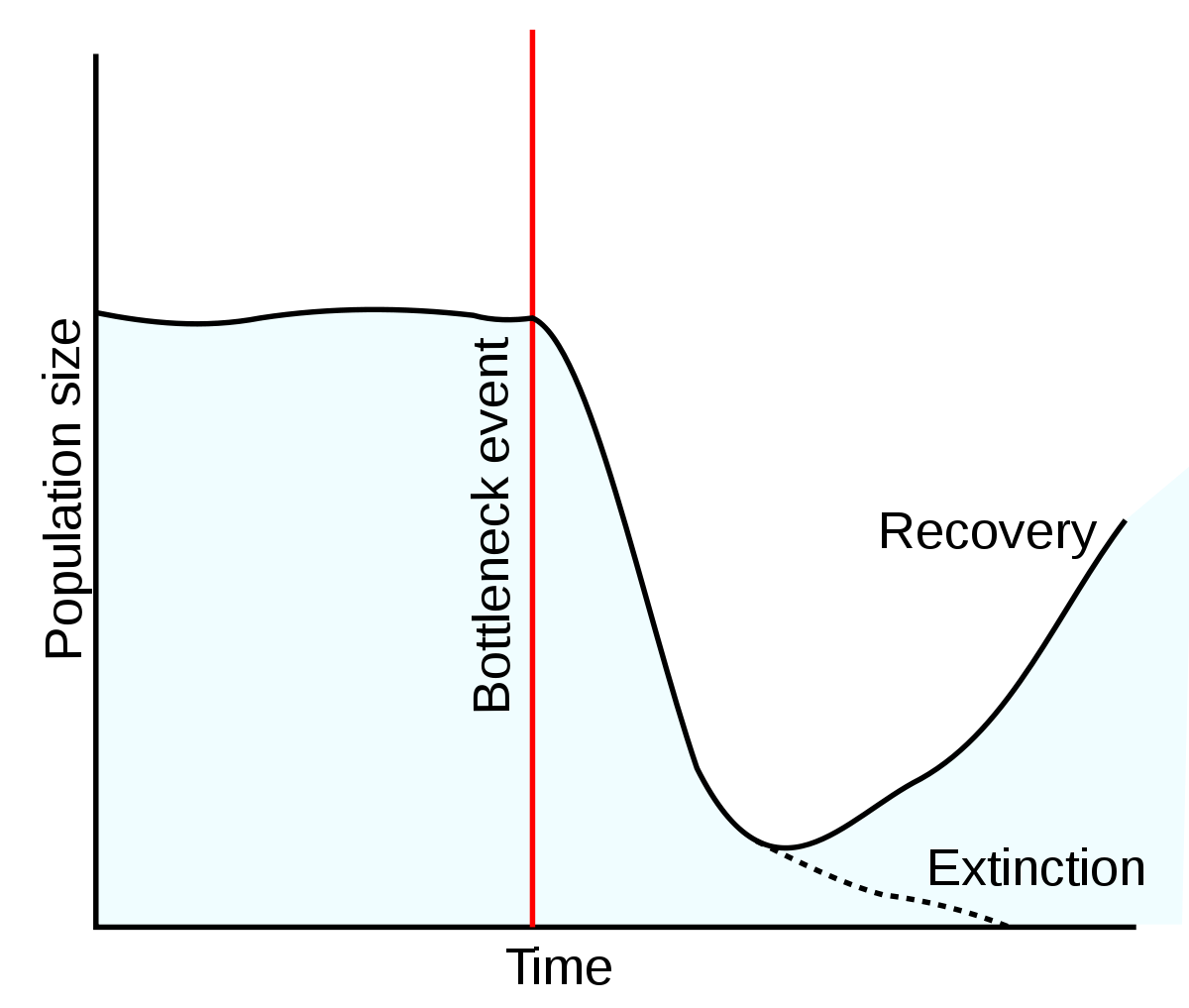 Bottleneck events mean a drastic reduction in the population due to various circumstances like environmental disasters, habitat destruction that result in the death of the organism. Bottleneck events occur once in a few million years and are based on a few years of tension in the species where new mutations and adaptations have begun to appear. These adaptations then become more widespread, eventually wiping out the previous behavioral traits. Bottleneck even reduces genetic diversity. Gradual progress will occur in the future where humanity will start by deciding what aspects of it they want to keep or enhance and begin to implement in a few people. This small population will then overtake the general population until only the new enhanced community remains.

Natural selection works based on adaptive traits.  This means that humans did not get to choose what habits or behavior to keep and which ones to end. Human-made choice is the futuristic concept that man will be able to choose which features to follow. Humans are making deliberate changes to the species: the work of the pharmacological industry, the medicine, and the health industry, is supposed to change the genetic makeup of the immune system, an example of human-made selection.

8. Merging of Human Races and Ethnicity

Though natural selection allowed the full range of human races to develop, scientists believe that because of social media, certain traits have become desired by a large quantity of the human population. These desired traits will be retained and made familiar by human-made selection. Due to this, some researchers say, the human population will become more and more alike in the future. It will be challenging to differentiate between races or ethnicity because both appearance and behavior will become the same, a phenomenon called “homogeneity.”

Isolation means process of being isolated whereas Speciation means forming the new and distinct species in the course of evolution. In other words, Speciation is the process that happens when these different adaptations become so visibly different from the general populace in the DNA that a new species can be classified. That is what  Darwin studied in his journeys. For example, in the industrialized countries, the attention span and multiple attention focus have changed to suit the constant exposure to technology.  However, the period for this ranges from a few hundred to a thousand years.

Clustered Regularly Inter-spaced Short Palindromic Repeats is CRISPR, a new form of technology that allows highly specific editing of DNA, editing of genes. In other words, it is also known as It is a Genetic editing system. What is unique about this revolutionary form of technology is that it allows scientists to add, edit, and remove specific parts of the DNA. That means that smaller and more delicate tweaks can be made to the human genome to get the desired results. CRISPR is not an expensive process and reduces the costs of gene editing to a quarter of what it currently is on the market.

Human longevity has been increasing from the past few decades. That is mostly due to improved conditions in the world: nutrition is higher, better pharmacological and medical services and awareness of malnutrition. However, more medical advancements are allowing people to live longer by treating diseases and disorders that cause death. With progress in fields like this, people may live up to a hundred years or hundreds of years in the future.

The genomic (DNA) differences are going to be different in the future, researchers state, and not just because of human-made selection. As humans choose certain traits to popularize and keep, others will keep changing. That means that while the gene pool will have a particular set of features that are popular, the changing outside environment will bring in newer forms of appearance, personality, and behavior. That will happen because of Darwin’s law of adaptation and survival.

The general population is already using bionic and biological enhancements. These are the prosthetic that are high tech and used in place of missing limbs. Such technology is advancing to the point where researchers say that the bionic arm can read the signals from the brain just like how flesh-and-bone limbs do and act it out while giving feedback to the mind. Neuroscience is a field that looks at how the brain works, particularly in cases where the connection between the brain and the body becomes essential for functioning.

In a lot of films, comic books, and cartoons, some characters are cyborgs – which means they are half man and half machine. Transhumanism implies that humanity’s DNA or genes are so far altered and made perfect that they are no longer just “humans” but something more – these are called transhumans. These people are not half man and half machine; those are bionic enhancements. Transhumans use genetic editing to create a perfect human being, who they believe will be the future.

Genetic engineering is already a concept that is well known to most of society. That involves editing the DNA of people before birth to create a specific type of human being. Using this, humans can decide what color hair, eye color, skin color, and much more their offspring will have. That is the most significant way humans will evolve further in the future: genetic editing will allow people to choose exactly what kind of person they want to bring into the world. That is a form of human-made Speciation.

Natural selection is the process by which human traits have evolved to become what they are today: our DNA is shaped by what our ancestors thought were adapted to their environment. Such characteristics were retained while the disadvantageous traits were erased. Our species carries the collective selection of ancestral DNA in every single cell. What we select for determines the nature of future human evolution: this may be bionic, or it may be perfect humans designed from gene editing.

People
10 Reasons Why Gossiping is Good For You

The Greek Mythology with its umpteen stories of power, love, lust, ruin, conquer, and victory, also consists of some rather …