Top 10 Celebrities with Highest Net Worth 2015

I have always wondered, how to judge who is the richest. The quickest way to do so is by measuring the net worth of a person. What is net worth? Net worth is the total assets minus total outside liabilities of an individual. Here, we will be looking at the Top 10 Celebrities. That means, we will be talking about the value of personal finances of individual’s net economic position. Here is the list –

Andre Romelle Young named himself Dr. Dre when he entered the music industry in 1984. He is an American rapper mostly known for his Grammy Award winning song ‘Let Me Ride’ and for winning 5 more Grammy awards so far. He is also the founder of the two world famous record labels named ‘Aftermath Entertainment’ and ‘Beats Electronic’.  He has worked with many rappers including The D.O.C., Snoop Dogg, Eminem, Xzibit, Knoc-turn’al, 50 Cent, The Game and Kendrick Lamar. His genres are hip hop, gangsta rap and g-funk. He has also worked on a few films like Set It Off (1996), The Wash (2001) and Training Day (2001). He is married to Nicole Threatt and they have two children together.

David Seth Kotkin named himself David Copperfield in 1974. He has been named the most commercially successful magician by Forbes magazine. Copperfield has won 21 Emmy Awards. He has also earned 11 Guinness World Records, a star on the Hollywood Walk of Fame, a knighthood by the French government, and he has been named a Living Legend by the USA Library of Congress. Copperfield has grossed over $4 billion through selling tickets for his shows alone! He has a chain of 11 islands in the Bahamas called “Musha Cay and the Islands of Copperfield Bay”. He has one child through his girlfriend who is 28 years his junior.

Herbert Alpert is an American musician who was with the group known as ‘Herb Alpert & the Tijuana Brass’ AKA ‘Herb Alpert’s Tijuana Brass’ AKA ‘TJB’. Alpert, with his business partner founded the recording label named A&M Records, and later sold it to Polygram. Alpert has been married to Lani Hall since 1974 and they have a daughter together. They are both philanthropists and own the Herb Alpert Foundation. Alpert had five No. 1 albums and 28 albums total on the Billboard Album chart, nine Grammy Awards, fourteen platinum albums, and fifteen gold albums. He is the only recording artist to hit No. 1 on the U.S. Billboard Hot 100 pop chart as both a vocalist and an instrumentalist. He is also a trumpeter, composer, arranger, songwriter, painter and sculptor apart from being a singer, record producer and a record executive.

Jacqueline S. Gold is an English businesswoman who is the Chief Executive of ‘Ann Summer’s and ‘Knickerbox’ which are of the Gold Group International companies. Ann Summers specialises in producing and marketing sex toys and lingerie. In 2000, Ann Summers acquired the Knickerbox brand which emphasized on more comfortable and feminine underwear. She is the 16th richest woman in Britain. Her autobiography Good Vibrations was published in 1995 (Pavilion Books) with a second book A Woman’s Courage published in April 2007 (Ebury). She and her husband, who is nearly 20 years her junior, have 1 daughter.

Joanne “Jo” Rowling who also uses the pseudonym Robert Galbraith, is a British novelist best known as the author of the Harry Potter series. They are the most best-selling book series in history and have been the foundation for a series of films which is the second highest-grossing film series in history. She has led the ‘rags to riches’ life story. After she conceived the idea for the Harry Potter series, she saw the death of her mother, divorce from her first husband and relative poverty until she finished the first novel in the series, Harry Potter and the Philosopher’s Stone. She is the United Kingdom’s best-selling living author. J. K. Rowling has 3 children and lives with her husband who is 6 year her junior.

Who doesn’t know Paul McCartney? Sir Paul McCartney was the lead vocalist, multi-instrumentalist and songwriter of ‘The Beatles’. He started writing music and performing after his mother’s death when he was 14. Then he met John Lennon, George Harrison and Pete Best. Later, Best was replaced by Ringo Starr, the band was named The Beatles and the rest is history. He is a key figure in contemporary culture as a singer, composer, poet, writer, artist, humanitarian and entrepreneur. He is in the Guinness Book of World Records for many achievements and unbreakable records.

Slavica Ecclestone is the ex-wife of Bernie Ecclestone, a former Formula One racer. They divorced after 23 years of marriage and she received $ 1.2 Billion as settlement in the divorce. She is a former model.

Jami Beth Gertz got noticed when she appeared in “Square Pegs”, “Diff’rent Strokes”, “The Facts of Life”, “Family Ties”, and “Dreams”. Then she starred in many movies like “Sixteen Candles”, “Solar babies”, “Less Than Zero”, “Twister”, “Keeping Up with the Steins” and “The Lost Boys”. She has guest starred in many TV shows like “Sibs”, “Seinfeld”, “E.R.”, “Ally McBeal”, “Still Standing”, “Shark”, “Entourage” and “Modern Family”. Most of Jami Gertz’s net worth is derived from her marriage to LA based billionaire Tony Ressler who is the co-founder of Ares Management, an American leading investment firm.

Oprah Gail Winfrey was born to an unmarried single mother who was a housemaid. She was sexually abused by cousins and uncles, that began at the age of 9 and ended when she ran away from home at 13. She got pregnant and gave birth at 14 but the child died. She returned home only to be sent to live with her biological father who made education her priority and from there she took off. Soon she graduated with honours, became the first black woman news reader on television and then started hosting a morning talk show, whose ratings went up dramatically after she took over. Soon she got her own talk show, The Oprah Winfrey Show and that is where she earned all her success and net worth. She became a millionaire at 32 and soon after became the first black woman billionaire in world history. She is now the richest self-made woman in America.

Who hasn’t watched or atleast heard of Close Encounters of the Third Kind, the Indiana Jones film series, A.I. Artificial Intelligence, Schindler’s List (1993), Saving Private Ryan (1998), Jaws (1975), E.T. the Extra-Terrestrial (1982), and Jurassic Park (1993)? The director and/ or producer and/ or screenwriter of these films is no one other than Steven Allan Spielberg. Spielberg is one of the founding pioneers of the New Hollywood era. He is also one of the most popular and influential directors and producers in film history. He is one of the co-founders of DreamWorks Studios. He lives with his wife and 7 children.

Dina is one of the wealthiest actresses in the world and the majority of her wealth comes from inheritance. Dina’s mother was at one time the richest woman in the United States after her father died and left her with a $250 million fortune. From there, it has only been built upon. Dina has acted in 22 movies. She is a socialite and a philanthropist.

George Walton Lucas is an American film director, screenwriter, producer, and entrepreneur. He is the creator of the Star Wars and Indiana Jones franchises. Star Wars became the highest-grossing film at its time, as well as a winner of six Academy Awards and a cultural phenomenon. Lucas founded ‘Lucas film’ and sold it to The Walt Disney Company in 2012. Lucas is one of the American film industry’s most financially successful filmmakers, and has been personally nominated for four Academy Awards. He is also considered a significant figure in the New Hollywood era. 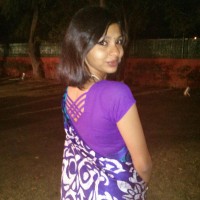