Top 10 Gadgets that have Completely changed our Lives for Good

Gadgets have occupied such a large chunk of our everyday living that it becomes almost impossible to imagine a world without gadgets. Gadgets have helped us to save time, find ways to stay in contact with near ones and also as an alternative that offers a more reliable form of getting our work done. With the advent of industrial revolution, that marked the period of scientific advancements, which was carried forward by the modern age, marked by evolution theory among others, technological advancements took a huge leap. We are indebted to some of the most famous and noteworthy men and women of science and technology for endowing certain trendsetting inventions on the threshold of mankind. Below are listed ten gadgets that have completely changed our lives for good. They are as follows –

This has been one of the most useful inventions according to me. Fire incidents are a common occurrence in a number of our city buildings. Usually they are high-rise buildings and it won’t take much time for fire to spread and reach the uppermost floors. In such cases, if the smoke detector helps in giving out an alarm and detecting danger at a crucial time, damage of lives and property can be curtailed. The first cost effective smoke detector was invented by Duane D. Pearsall  in 1965, having an individual battery powered unit that could be easily installed and replaced.

In today’s day and age, the importance of radio as a source of infotainment and entertainment has reduced considerably but the FM is our best friend while traveling or even on a lonely night. A radio system consist of a transmitter and receiver. The transmitter is at the broadcasting station while the receiver is in the individual transistor sets, which needs to be modulated according to the frequency of radio waves of a particular radio station that one wants to listen to. The prefix ‘radio-’ in the sense of wireless transmission, was first found in the word radio-conductor, an explanation provided by the French physicist Edouard Branly  in 1897.

Warming cooked food has become easy after the invention of microwave ovens. The ovens are also often used for cooking purposes. It provides for a hassle free quick method in serving warm food through electromagnetic radiations. The microwave oven has become a common item in a number of households and temperature regulation is the most important aspect of microwave cooking/heating. Over/Underexposure to the waves by setting a shorter/longer period of time for cooking than required ruins the food item, sometimes even beyond repair. So this aspect needs to be kept in mind. In 1945 the  heating effect of a high-power microwave beam was accidentally discovered by Percy Spencer, an American self-taught engineer from Howland,Maine.

It is a combination of chemical cells used as a battery in electrical appliances and cars among many other things.  It was invented in 1887 by Japanese clockmaker Yai Sakizō and in 1888 by the German scientist Karl Gassner . A common dry cell is often called the leclanche cell which is made of zinc anode and a carbon cathode with electrolyte of ammonium chloride in the container. It helps in formation of electrical energy and is of utmost importance in the running of many of our day-to-day appliances.

Because of the camera, we are able to preserve our most special memories as a token of remembrance of loved ones and significant times. In today’s day and age, when we are obsessed with clicking selfies all the time, how can we do without a camera for the same. It is used to capture images and either to store them digitally or in the form of a film, from where images can be retrieved after processing. The first permanent photograph  of a camera  was created in 1826 by Joseph Nicephore Niepce , using a sliding wooden box camera which was further made by Charles and Vincent Chevalier in Paris. These days DSLR (a Digital single-lens reflex camera) is quite a rage besides just digital camera, as with technological advancements in every field, the camera too has been advanced to offer something new for the people around.

This invention for surveillance can be given a special mention besides a regular camera as they can be installed at important junctures like streets, shopping malls, restaurants, shops and even inside transports to detect any wrong doing or misbehaviour exhibited by fellow citizens. The close circuit television camera can help in nabbing culprits and is an important gadget used by the law maintainers of the country to keep a check on the occurrences of a number of places even without being physically there, but through monitor rooms. The first CCTV system was installed by the company Siemens AG in Peenemunde , Germany in 1942, for observing the launch of V-2 rockets.

The television was one of the most important inventions of the 20th century. It is used for transmitting sound with moving images, a more advanced and user friendly form of the radio for relaying information and entertainment. In the mid 60s colour broadcasting was started in the US. These days LEDs, LCDs and plasma television sets are a common feature in a number of households even though the good old box tv is still a common item to be spotted in other homes. A television set consists of number of electronic circuits, a tuner to receive the required frequency for each channel and a visual display among other items. In India, Cable television made a later entry into our daily lives but before that Doordarshan, a governmentally aided autonomous channel was the only channel to be shown on Indian TV screens for a long time.

In today’s day and age we cannot imagine our world without a telephone, be it a landline or a mobile phone. In fact such is the craze and significance of mobile phones in the 21st century that a number of families are finding the landline a redundant item and even giving it up. Telephone has turned out to be our fastest and easiest way to stay in contact or inquire about somebody. You can just pick up your phone and dial the number and the communication is established, a far cry from the good old letters and telegrams. It was invented by the Scottish emigrant Alexander Graham Bell in 1876. It has a microphone to speak and an earphone to receive the sound. A mobile phone is a wireless device and the recently introduced smartphone in the last decade has served purposes more than a mere way of simply communicating through auditory waves. The internet too can be accessed through phones these days and the smartphone has turned into a multi-utility device in no time.

The computer in its contemporary and modern form has evolved over a period of time with the development of the first generation computers invented in the 19th century. It is a device that can produce the desired outputs while responding to specific inputs. Initially it was used mainly for mathematical calculations and logical operations but after the invasion by the Internet phenomenon, the effectiveness and utility of the computer increased manifold. Going digital in most sectors is the current notion across industry and sectors and with the invention of laptops and tablets, the future of computer is here to stay. An English mechanical engineer and polymath, Charles Babbage, developed the concept of a programmable computer.

Using of electrical energy and transforming it into light energy has been one of the most significant and important inventions that have changed the course of human civilization. It became common in the early 20th century and today we have light bulbs, tubelights, torches, fluorescent lights among others. It is a far cry from the primitive ways of using candlelight or fire wood for the purpose of making things legible and viewable. Thomas Edison invented the first light bulb and today electric light is the most effective and important way of artificial lighting. 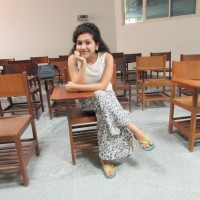 A dreamer. A go-getter. A thinker and a bundle of dilemma.