Top 10 Signs You Should Dump Your Girlfriend Now

Relationships are beautiful experiences. What’s better than two people experiencing mutual love and admiration? The kissing, the cuddling and everything beyond seem like bits of an unraveling fairy tale. Its a joy to have a girl by your side in good times and bad. Well, the joy isn’t always meant to last. Sometimes, things go south but you are not perturbed by spats and apathetic behavior. Until one day, your mind is just wandering off to unforeseen places and suddenly, you’re giving dumping her a serious thought but there’s no clarity! You aren’t sure why you want to dump her. We’re here to help. Here are top 10 signs you should dump your girlfriend now:

10. She interferes in your friendships

You have your own personal life and its hard to explain every happening to your girlfriend. You have friends to hang out with and so does she. If your girlfriend starts getting between you and your oldest friends, it’s time to call it a day. You’ll have your friends for life and you need not explain or feel guilty about spending time with your buddies. If she does make you feel bad about it, the relationship is bound to be affected. You don’t want a girl who breaks up a bromance for the sake of her romance.

9. She twists what you say

If your girl wants to win every argument by mentioning something you said and considers it in the wrong context, she’s not doing any good for the relationship. You say one thing, she hears something else and regurgitates some abstract concept of something you said but not at all! This behavior of contesting arguments is a sign she is highly dominating and cannot accept defeat. Run away from her before its too late.

A basic part of any relationship is attraction. Two people are together only because they felt attracted to each other at some point. But, its also very important to look beyond attraction after getting into a relationship. If you’re with her only because she’s beautiful and you feel you cannot do better, its high time you let her go. A person is beyond their looks and if you don’t love a person from the inside, its better for both of you to move on. Clinging on to her just because she’s eye candy is a strict no go.

Some people just can’t stop demanding. She wants you to buy her gifts, pay her shopping bills and even pay for meals every time you meet. Chivalry is believed to be a compulsive obsession every guy must possess. But with her, you feel guilty for even being chivalrous. If you see no monetary generosity and only expectations from her side, you better wrap it up before its too late. Staying any longer will only make you regret that you should’ve done the deed earlier.

Trust is the most critical pillar of any relationship. Without trust, a relationship will crumble hastily. If your girlfriend is snooping your inbox and social media accounts too often, it might be time to get away from her. When she always questions you over silly things she found on your phone and interrogates you about your whereabouts repeatedly, it goes to show that she is insecure about the two of you. Let her know she needs to stop and if she doesn’t, its time to move on. 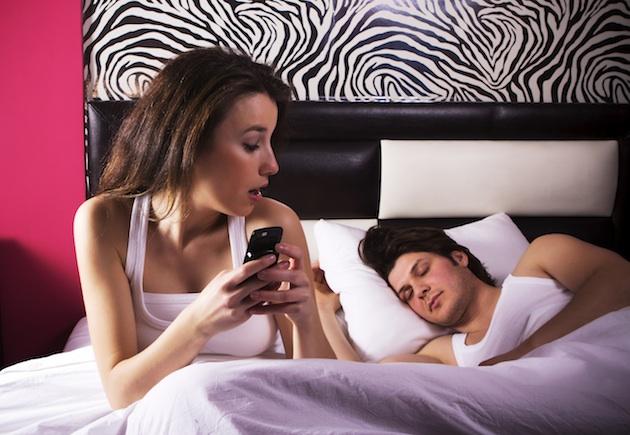 5. She wants to change you

All of us, as individuals, have some priorities, habits and beliefs that have developed over time. Its especially hard to change yourself in terms of these qualities. If your girlfriend wants to change you in multiple aspects according to her liking, she’s in love with her idea of you and not you. She shouldn’t be dictating what you wear, watch or do. Let her love you as you are or not at all. Unless she’s changing you for the better, like getting you to quit smoking, then she loves you more than you do. Hold on to her in such a case because you’re at fault and she’s an angel.

Women tend to show a wider spectrum of emotion, whereas men are expected to be passive in such areas. At one moment she is wonderful and loving, and gives unconditionally to everyone around her but in no time she becomes easily overwhelmed, insecure and disapproves of almost everything you do. Furthermore, when confronted, she blames it on hormones and cries out like a baby. If this is the scenario you’re witnessing, its high time you voiced your concerns and let her know this cannot last. But take your decisions wisely and know where to draw the line. That’s because it could genuinely be caused by her hormones but if these mood swings are too frequent and extensive, its time to break it.

3. Intimacy is only a reward

All healthy relationships need a good dose of physical intimacy. If she treats you like her chauffeur and only uses intimacy as a reward if you do something good to earn it, its got to stop. A girl who truly loves you does not hold back on any aspect and doesn’t leverage intimacy. If she doesn’t respect your identity and has suddenly lost interest in getting physical just because you didn’t get her work done, the relationship isn’t going far.

2. She doesn’t respect you and lies to you

Mutual respect and truthfulness are as important as love in a relationship. If your girl doesn’t respect who you are as an individual and mocks you in public for lame things, she’s not the one. Couple this with lies and you have the perfect mix for a breakup. If she hides from you and doesn’t feel answerable to you just because she thinks you’re lucky to have her, its high time you dumped her for good.

As they say, opposites attract. But if the two of you are never on the same page on important life decisions, you won’t be able to make it far. This difference of opinion on a majority of issues can be fatal for the relationship because the less dominant one of the two will always have to compromise, which can lead to a feeling of inferiority and melancholy. The spats could be related to various issues like commitment, finance or about settling down. If you’re having too many arguments or are not reaching peaceful agreements often, its time to let go.

The hard part is to know where to draw the line and break it off. If your relationship has issues, its best to vocalize what you feel rather than taking abrupt decisions. If your girlfriend ticks most of the above points, dump her for good!